Always available, extremely knowledgeable, and with a tremendous "can-do" attitude. Our company was on a tight timeline and strict budget to create a first-class mobile interpretation app, and Will was the perfect partner. His guidance and advice were invaluable in producing that app which easily exceeded my expectations.

The Adriana is a 42-ft catamaran offering day trips to a variety of sites within an hour or two sailing from Santa Cruz. With a crew of 4 and maximum capacity of just 16 passengers, you are guaranteed great personal service and a more exclusive experience of the wildlife. During our Galapagos trip, we were fortunate enough to enjoy 3 different cruises on Adriana with friendly and knowledgeable owner and naturalist guide, Fausto Rodriguez. 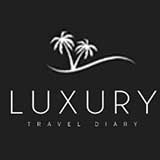 “A must see vacation destination! Galapagos Best had everything from transportation to snorkeling perfectly planned for us. Our tour guide, Javier, was super energetic and knowledgeable. He gave us great recommendations for restaurants and beach spots. We packed our itinerary with a daily excursion each day, which was a bit taxing, but definitely worth it. My favorite part of the trip was when we took a boat ride to Saint Bartolome, a small island just north of Santa Cruz. There, we snorkeled with a diverse group of animals including sea lions, penguins, and white-tip sharks!” 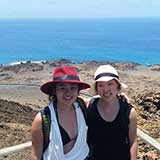 “It was a dream trip! My only complaint was it went by too quickly! I don’t know which part was my favorite -swimming with the sea lions, visiting the organic rum still, shopping in Puerto Ayora, or exploring Montañita! It will be a trip I look back on fondly for many years to come! Thank you for sharing all of your knowledge and making our trip so stress-free! You are always welcome in Virginia. ” 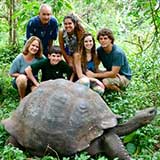 Lou and Rob from Virginia

“In discussions over dinner this evening, Wendy & I agreed that we were so pleased to have taken the tour today. We really enjoyed getting out into the countryside, meeting so many nice people and having the experiences we had. It was a magic day for us. So we sincerely thank you & Fernando for making it such a good day.” John and Wendy took a day trip from Guayaquil to the Churute Ecological Mangrove Reserve and the Cacao & Mango Farm. 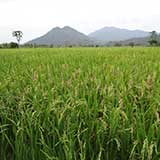 John and Wendy from Australia

“Helen and I have enjoyed thinking back to our fabulous trip around Ecuador. We definitely have a week in Montañita planned for our next trip to South America (wish we could come back this week!)… Thanks again for your wonderful tour guiding skills. I’m thinking about Patagonia for 2016 -maybe March?” 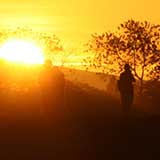 Trish and Helen from Tasmania, Australia

“I am writing this unsolicited testimonial for the Galapagos Best website from my perspective as a professor at the Cornell Lab of Ornithology, where I do research on bird evolution, teach undergraduate and graduate classes, and help foster our institutional mission to better understand and preserve the natural world. As of 2015, I have co-led with Fausto Rodriguez about a dozen trips to the Galapagos; all of them were organized and run by Galapagos Best and they were universally grand successes. Our expeditions have comprised a mix of academic course trips for groups of undergraduates and more traditional tours for adult general members of the Lab. Having been to the Galapagos many times before, I have an unusually well-informed perspective on the many factors that can elevate a visit to the archipelago to the level of true greatness, and Fausto and Galapagos Best are reliably excellent in this regard. I work with Fausto and Galapagos Best specifically because they always go far beyond the typical Galapagos experience to infuse their trips with an intellectual and experiential richness that I have not experienced elsewhere. Fausto has a very deep knowledge of the natural history of the Galapagos and a rare ability to share his enthusiasms with his co-travelers. It is no exaggeration to say that I created our “Galapagos curriculum” for Cornell undergraduates and our Galapagos tour program for adults only after getting to know Fausto, and specifically to take advantage of what Fausto and Galapagos Best have to offer in ways that set their trips apart from all others I have taken to the Galapagos.” 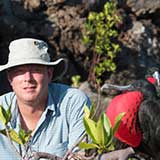 Dear Fausto and Irby,
Not a day has gone by since I left Ecuador that I haven’t thought of you and our extraordinary “expedition”. I have many reasons to thank you.

The stories and dramas pulled me in to each experience. Would a photo of a female sea lion, a pup and three Galapagos Hawks fighting for a placenta ever compare with what we experienced? It was a drama! It elicited emotion and awe. I will never forget that scene.

Being so close to the wildlife was unnatural and unexpected. Top of my to-see list was the Magnificent Frigatebird. Having seen them high in the sky above the Florida Keys, I wanted to get closer. Little did I know that I would be so close to them that I was ducking to avoid a collision! I liked the feeling of being a part of their world rather than an intruder. I was an invisible observer, not viewed or feared as a threat.

The two of you were sometimes more entertaining than the flora and fauna. You both risked life and limb to show us a good time. Fausto chased the Hudsonian Godwit along the beach to photo its underside, climbed trees to reveal the not-previously documented “Tree Lions”, stood on the railing at the peak on Floreana to take a group photo, hacked his way through heavy underbrush to flush out a warbler finch, and stood under the mistletoe while lecturing on the ecological importance of the tree. Irby balanced on a narrow rock formation to photo a territorial battle between two Marine Iguanas, did an unintentional free-dive deeper than he had ever gone while chasing a Flightless Cormorant with his GoPro, and dangled his feet over the bow of the Zodiac with no fear of what lurked beneath the surface. Both of you searched the streets of Puerto Villimil to buy drugs [medicine]. And, never to be topped, both of you swam with the Orcas to add excitement to our trip video.

It was a total Galapagos tour. I don’t think you can visit there without gaining a sense of the total picture. It wasn’t just birds or volcanoes or climate zones. Again, I had read about all of that, but I didn’t understand until I rode in the back of a pickup truck at Puerto Villamil from the dock to the highlands. The total picture includes currents, winds, latitude, longitude, orientation, elevation, volcanic activity, human habitation, endemic and invasive species and more. It all came together for me on that excursion. My photos are revealing. The majority (and certainly my favorites) were “big” rather than “little” pictures, wide-angle rather than zoom, landscapes rather than close-ups. The two of you were so knowledgeable. You gave us that total perspective.

Irby and Fausto, you are a great team! Both of you are lifelong learners…the best kind of teacher. Lucky are your students, whether they sit in a classroom at Cornell or sail aboard The Beluga. I am glad I had the opportunity to be your student! Thank you. 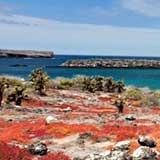 Hi Fausto, We want to thank you for making our trip fun, educational and special aboard Tip Top II. It was all we had hoped for and more. We wish you the best in all of your many endeavors , especially your run for mayor.” 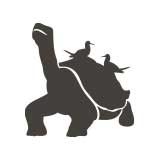 “Fausto, your enthusiasm and breadth of knowledge of these amazing Islands made the trip such an immensely enjoyable experience. Thank you so much! Good Wishes on your future endeavors.”

Elisa and Richard from California

“Melissa and I would like to thank you very much for making this Galapagos trip a very interesting experience. We thoroughly enjoyed your enthusiastic descriptions and explanations of island wildlife, plants, geology, and recent history. You have made our experience much more meaningful, and we will always look back on our voyage lasting memories.”

“Fausto, it’s been a couple of weeks since we returned from our excursion with you and the team at Galapagos Best and Cornell Lab of Ornithology. My wife Dianne and I just want to thank you all again for the wonderful experience. The unique beauty of the Galapagos, especially the interesting creatures and the beautiful blue waters, will be a vivid memory forever. Special thanks to you for your informative, enthusiastic, and thoughtful guiding. We look forward to seeing your pictures from the trip. Best wishes and good luck on your foray into Galapagos politics.“